The augmented reality mobile phone gaming phenomenon known as Pokémon Go saw as much success in Bolivia, as it did across the world. Like many things, the game didn’t make it here until much later than pretty much everywhere else in the world, which allowed hype and anticipation to reach fever pitch.

When it finally launched, the Pokemon Go was the talk of the town. Internet service providers crashed, fanatical religious types labelled it satanic, and children walked into oncoming traffic while focusing on their screens. The park between 6 de Agosto and Arce, which is normally reserved for drunken UMSA students, became a weird new digital / real life hangout due to its close proximity to various Poke what-do-ya-call-ems.

By some hilarious coincidence, a presumably overworked Niantic employee chose a notorious La Paz whorehouse as a Poke Stop location after mistakenly identifying it as an Egyptian museum. 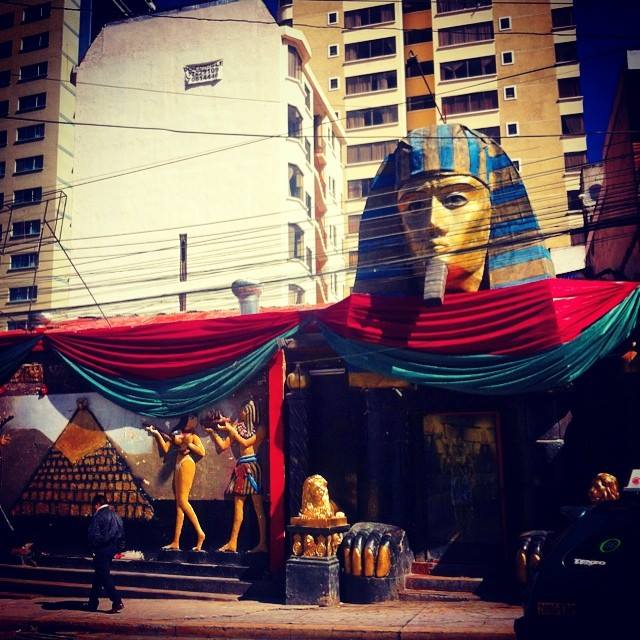 It kinda does look like an Egyptian Museum. source: Soy Paceno

This created plenty of LOL’s as school aged children traveled to the “museum” in droves looking to top up their Pokemon collection. Upon realizing the error, Niantic were quick to remove its location from the database, but not before they became the laughing stock of the local online community and someone created this amazing meme.

Darling I swear, I only went inside to look for Pokemon. source: Soy Paceno

Others pointed out that walking around La Paz’ dangerous streets looking for Pokemon might not be the best idea.

When you want to hunt for Pokemon in La Ceja (a dangerous part of El Alto) source: Soy Paceno

Somewhat predictably, after the initial first few months of obsession and fanaticism, the Pokemon Go craze has really started to die down much like it has in the rest of the world. UMSA students can once again get obnoxiously drunk in their park in peace.

Harry is a freelance writer based in South America who writes about travel among numerous other things.
View all posts by Harry →
This entry was posted in living and tagged Bolivia, craze, Culture, fad, game, Games, gaming, La Paz, Pokemon, Pokemon Go, tech. Bookmark the permalink.