Why the Internet Sucks in Bolivia

Bolivia’s undeveloped internet infrastructure is said to be among the worst in Latin America, with sky high prices making home connections out of reach of the majority of the impoverished population. In fact, only 5.4% of Bolivian homes are online, a pittance  compared to the South American average of 42%.

To compensate, Internet cafés are ubiquitous through the country, offering an affordable rate of around US$0.30 per hour. Unfortunately, however, public connections are painfully slow and you’ll likely be sitting next to a group of screaming teenage DOTA players which makes for a less than pleasant experience.

A lobby group called Mas y Mejor Internet Para Bolivia (More and Better Internet for Bolivia) has put together a chart which compares costs and connection speeds with our neighbors. It’s in Spanish so I’ll explain the gist of it.

They compared the cheapest Internet Service Provider (ISP) from each country in South America and calculated the average cost of a 1 MB connection. Bolivia comes in as the most expensive by a long shot at an average of US$29 per 1 MB per month.

They then compare the average cost per 1 MB connection to the minimum wage (right hand column). As you can see, Bolivia is getting royally screwed in this respect, paying 17% of a minimum wage just to have basic home internet. This would be the equivalent of an Australian paying AUD$425 per month for a lousy 1 MB connection. No wonder so many people here go to internet cafés.

Sadly, the reality is actually much worse. Entel’s ADSL plan (which is used in the chart) is so popular for its low price that it’s literally currently not available anywhere in La Paz. When I went to their office to ask about availability, an Entel employee told me to “come back next year”. So in reality, the prices shown in the chart are only available to a lucky few. What’s really available to the masses in Bolivia costs substantially more.

So why is ADSL so difficult to come by? Bolivia’s Vice President, Alvaro Garcia Linera, explained that because Bolivia is landlocked, the country must rent access to the international fiber optics grid from Chile at an inflated price. He says his government is negotiating more cost effective cable connections through Argentina, Peru, and Brazil but this new infrastructure will take some time to develop. Linera estimates that things should get faster and cheaper within a year, though this is probably wildly optimistic.

Because ADSL is so limited, most people are forced to rely on mobile internet plans such as Wimax or 4G. In early 2014, Entel were the first to introduce a 4G LTE package including a wireless router which they advertised as cutting edge, despite the fact the technology had been available for years all over the world. At under US$30 per month for a 1 MB connection, it was excellent value by Bolivian standards. However, word quickly got out and so many people signed up their systems became heavily saturated (overloaded). During peak hours, there was often no point going online at all.

Another major problem when trying to find an ISP is there are no regulations governing minimum connection speeds. It’s legal to advertise a connection as 1 MB if it might occasionally reach that speed at 3:00 a.m on a Tuesday morning, whereas in reality it usually hovers around 56 k (dial-up speed). Speaking of dial-up, some local ISPs still offer dial-up connections in the city.

Other ISP’s such as Tigo or Viva offer wireless plans that are a lot more reliable. Better yet, far fewer people use them due to their significantly higher price point which subsequently reduces network saturation. 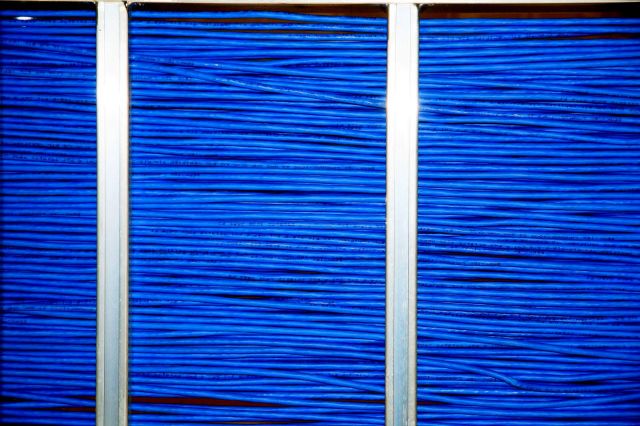 If you’ve bothered to read this far you’re probably researching ISP’s for yourself so I’ll list the best options. There are other plans apart from those mentioned, so click on the links for more info.

*unlimited plans tend to half your connection speed after a set cap, i.e. 75 GB.

A lot of people here buy internet for their mobile devices and use them to create a wireless hot spot to share with their family. Tigo are said to have some good daily rates for purchasing mobile megabytes, though the disadvantage is you have to go through the process of purchasing them every day.

This year COTEL have drastically dropped their ADSL rates. Our 2MB connection costs 240 BOB (US$35) per month and is miles ahead of the wireless 4G LTE or WiMax connections we’ve tried in the past. It’s worth noting that ADSL requires an installed home phone line, which many Bolivian apartments lack. Update late 2016: COTEL are the worst frickin ISP in the world, avoid them like the plague.

AXS have substantially dropped their ADSL rates (perhaps Garcia was telling the truth!).

Those living in Cochabamba should check out COMTECA, who have also dropped their ADSL rates.

This is what we’ve all been waiting for. ENTEL have finally introduced fiber optic across all major cities in the country. A 2 MB connection costs just US$20 and I can confirm it’s super fast and reliable. If this is available where you live, don’t even bother looking elsewhere.

Harry is a freelance writer based in South America who writes about travel among numerous other things.
View all posts by Harry →
This entry was posted in living and tagged 3G, 4G, ADSL, Bolivia, COTEL, ENTEL, fiber optic, internet, La Paz, TIGO, TLE, viva, VUELA, Wi-Max, WiFi. Bookmark the permalink.

32 Responses to Why the Internet Sucks in Bolivia